TSUNAMI OF SOUND plays Huge surf-inspired instrumentals that will make your head shake and your feet move.  The music we create is inspired by the Ventures, Los Straitjackets, Link Wray, the Fathoms, Laika and the Cosmonauts and all instrumental music.

Tsunami Of Sound is available for Public, Private Party or Corporate performances.

If you would like to speak to someone about booking information or any other questions please call Rick Sanger  at 508-596-0017 or contact him via email @ tsunamiofsound@gmail.com 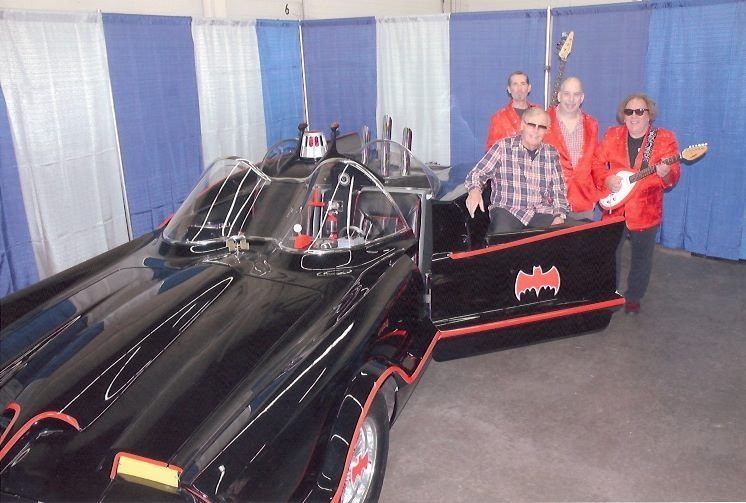 David Esposito, Guitar - David has been playing guitar since the age of 13 and was influenced by the 1960's British Invasion and instrumental sounds. He has always wanted to start an instrumental project and start recording and playing surf-beat sounds. David is a founding member of Tsunami Of Sound and brings his love of guitars and all things instrumental to the band. After playing classic rock and covers for many years, the all instrumental band is a new direction and he's proud to be playing with the guys in Tsunami.

Rick Sanger, Drums - Rick has surf music in his DNA. After all, he claims he's drummed Wipe Out over 3000 times with various bands through the years. At least it seems that way! It's evident playing drums with Tsunami of Sound was his calling. As a founding member along with David and Jamie playing to appreciative audiences has been a dream.  TOS  music has reached new heights.There's no stopping these squids!!

Rick's been playing drums since a teen, inspired by Ringo,Keith Moon and Buddy
Rich. His animated and sometimes dramatic style is attributed by the music he's
drumming behind. Rick is having an out of body (or is it auto body) experience
playing the wild surf beats of Tsunami of Sound. He's levitating!!
Since the inception of TOS in 2008 Rick enjoys the comraderie of fellow surf
bands, surf fans and everyone who digs what Tsunami of Sound is doing.